6 Cognitive Biases that PMO professionals need to be aware of

People are lazy, and the universe is a complicated place. Actually, screw the universe – our project portfolios can be insanely complicated in their own rights! How many times have you lamented the erratic, irrational, and illogical decisions that have been made, causing projects to deliver late, dependencies to be missed and seemingly disparate projects to clash? Cognitive Bias may be to blame.

A lot of money is invested in Project Management training to increase the probability of project success. We certify people in Prince 2, PMP, Professional Scrum Mastery. But these certifications tend to focus on the process of project management – the belief being that if we instill the right processes, people will act rationally, and projects will be more successful.

There is undoubtedly some truth in this. PMI research has indicated that there is a correlation between project success and project manager certification. The US Government has also recognized this: earlier in the year, they introduced the Program Management Improvement and Accountability Act, which aims to improve success rates on government projects by (among other things) ensuring Project Managers are certified. But even with highly qualified teams, things can still go wrong. Research has shown time and again that people are irrational – repeatedly demonstrating a variety of nonsensical behaviors that are driven by what we call ‘Cognitive Biases.’

Cognitive Biases are identifiable, and by merely being aware of how cognitive biases affect our decision-making, we make ourselves more resilient to them. That resilience makes us more likely to make rational decisions. Just like methodologies and processes, biases can be learned.

THE IKEA EFFECT AND THE SUNK COST EFFECT

Yes, there really is a cognitive bias called The IKEA Effect! The name derives from the experience of buying and assembling cheap furniture from IKEA. The research shows that when people are invested in the creation of a deliverable, they are inclined to increase their valuation of them. Four separate studies showed that participants (tasked with assembling IKEA boxes, folding origami and building Lego sets) saw their amateurish creations as similar in value to experts’ creations, and expected others to share their opinions. PMOs need to be mindful of this effect, which can be witnessed when business cases are presented by people who have invested heavily in their production. In such cases, there can be a tendency to overinflate the potential value of the project. The effect can also be seen when it comes to estimating the percentage complete for tasks when tracking progress. Developers and other workers will frequently overestimate the completeness of a task because they believe the value of what they have produced is higher than it would be if viewed objectively. The IKEA Effect can also frequently combine with the Sunk Cost Effect to prolong failing projects that should be terminated. Those who have been working on the project overstate the value of the deliverables produced to date. At the same time, the Sunk Cost Effect often results in individuals irrationally continue spending time, effort, or money to try and fix what isn’t working instead of cutting their losses and moving on.

Confirmation Bias has been in the news a lot recently, with people claiming that social media applications act as ‘echo chambers’, which reinforce peoples on views on subjects. Simply put, we tend to agree with people who agree with us and end up forming networks based on sharing similar viewpoints. This can result in individuals unconsciously referencing only those perspectives which reaffirm their own beliefs.

A Project Manager with confirmation bias towards a specific tool could use a software vendor’s report to justify a procurement decision, rather than following a formal vendor assessment process. PMO Managers should also be wary of Confirmation Bias when using their ‘informal networks’ within the organization as an early warning system for problems that may affect the Projects Portfolio. If your network is made up of like-minded individuals, you run the risk of only hearing what you want to hear, rather than what you need to hear.

I give an example of In-Group Bias in my article about The Waterfall vs. Agile Debate. This bias is similar to Confirmation Bias. Due to tribal desires, we tend to favor the thoughts and sentiments to which our ‘tribe’ adheres. In my article, I explore how this affects the selection of a suitable delivery approach. Still, the effect of In-Group bias can also be witnesses when sponsors favor projects from a specific office or department that they used to work in, or one that uses a technology that they have had experience with in the past.

As a rule, our brains are more sensitive to nasty or negative events. They stick around longer and we tend to give them more weight than positive experiences. This can result in misjudgments when it comes to assessing individual project managers, or when assessing the ability of a team or department’s capability to deliver a project or outcome. I recall an example of when I always used to roll my eyes when I was assigned a certain project manager to work with from the resource pool. The individual in question had mucked up a project and then made a bad situation worse by trying to cover their tracks. The issue stayed in my mind for several years, but the individual had learned from the experience and had moved on. They had become a superstar PM who consistently delivered to a high standard and had turned around several failing projects they had been parachuted into. It took several of my peers to point out my error in avoiding working with said PM before I conceded and reviewed the evidence of project successes that the PM had been responsible for. Negative Bias certainly caught me out on that occasion – hopefully, you will learn from my lesson and manage to avoid such Negative Bias in your decision making. Another example of negative bias I saw recently was based on the assumption that PMO people are negative. I did some research based on Twitter data, which suggested that PMO people are far more positive than they had been given credit for.

This cognitive bias has nothing to do with aging rock stars and everything to do with a motivation to keep things as familiar as possible. We have an inbuilt assumption that fresh alternatives are inferior to our current state of affairs. For PMO teams, this Status-quo Bias can result in PMOs being terminated prematurely. I gave a talk at the PMO conference in London recently, where I talked about the importance of PMOs continuously reinventing themselves and aligning their capabilities with business needs. The business is always changing. So to must the PMO. Too many PMOs are set up to solve problems in the organization, but fail to change strategy once the original problem is solved. To build a PMO that will be around for the long-term, It is vital that PMO Managers recognize, and overcome Status-quo Bias, else they will end up being stale and perceived as an overhead rather than enabler.

You can mitigate cognitive bias

Cognitive biases are not arbitrary. They can be mitigated and controlled as long as you are aware of them and keep a sharp lookout for them in your PMO, Portfolio, and personal interactions within the organization. The majority of people may be prone to these errors in rational thinking, but if the PMO can re-rationalize how we act and make decisions, maybe others will follow our lead.

If you want to read more about the influence of cognitive bias in Project and Program settings, I can recommend taking time to review The Astypalea project over on PMI.org. 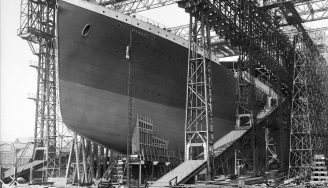 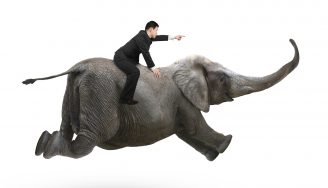 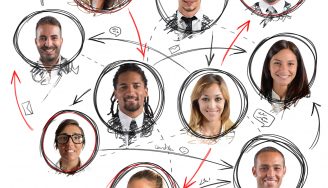