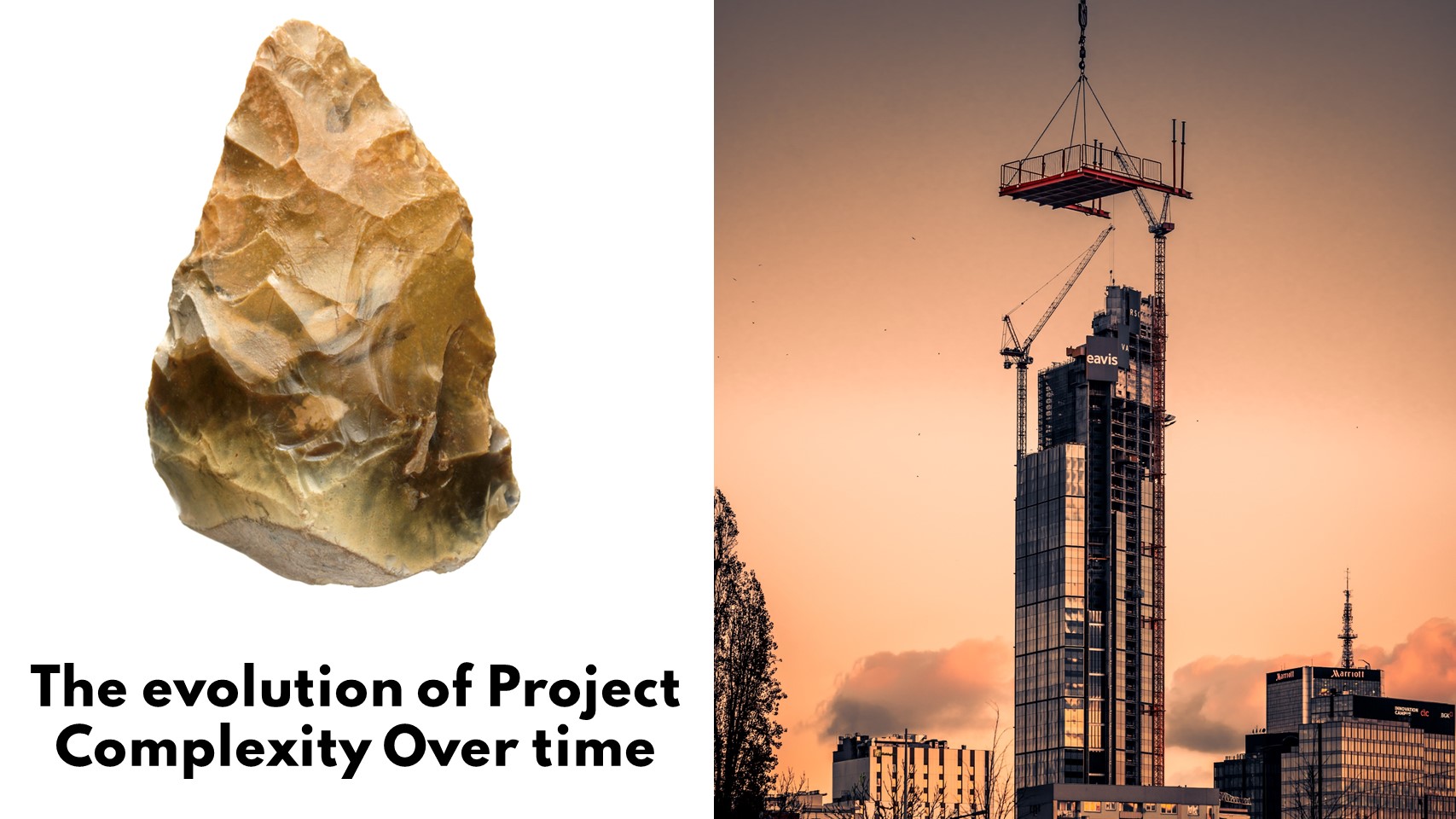 How do we define project success and project failure?

A project is a series of coordinated, tangible, and intangible inputs and outputs intended to produce a specific outcome. Humans have engaged in big and small projects since the beginning of time, from the development of a stone ax to the erection of great skyscrapers. Despite modern advances in project management – early practitioners formed the American Association of Cost Engineers in 1956 – the ultimate success or failure of a project remains uncertain. Paradoxically, history is full of examples of major projects that met or exceeded traditional measures of success – on time, within budget, and compliance with scope – but considered failures today. Conversely, there are examples (fewer, unfortunately) of projects initially thought to be failures later to be considered significant successes.

A project Success Considered a Failure

Inventor Dean Kamen’s “self-balancing human transporter, “i.e., the Segway, was one of the more spectacular failures of the 21st century. Kamen introduced his two-wheeled transport with his expectation that “Segway will be to the car what the car was to the horse and buggy.” [i]. Steve Jobs thought it [the Segway] would become as important as the personal computer. Venture capitalist John Doerr said it would be the fastest company in history to hit $1 billion in sales. By all accounts, the machine was a technological marvel, and the marketing behind its production was unprecedented. What went wrong? How did a product promising to solve urban mass transportation problems become best known as a “slapstick prop” in comedy films? [ii].

At the time of the Segway’s introduction, project success was primarily judged by time, cost, and scope. No one considered the difficulty users might have operating the Segway – The President of the company, Jimi Heselden, died after driving his Segway over a cliff on his English estate – or the regulations that limited its use in cities worldwide. Ironically, the Segway suffered the same fate as another intended transportation marvel forty years earlier: the Ford Edsel. [iii].

A Project Failure Considered a Success

The Sydney Opera House is arguably one of the most recognized buildings in the world. Even so, its construction has been called “one of the most catastrophic projects in history. Not only from the budgetary aspects, but also for the entire construction project management plan.” [iv] When construction started in 1959, it was estimated to cost A$7 million and take four years to build. The structure was finally completed in 1973 for over A$100 million. [v]

No time or constraints limited architectural designs in the competition for the chosen design. The commission led to multiple problems since the designed forms were original, never previously produced, nor engineered. According to some sources, the final plans were not complete when construction started. The technical challenges of constructing the roof sails took four years to solve.[vi] Midway through the project, the designing architect, John Utzon, left Australia over a contract dispute and never returned.

In 2007, UNESCO added the building to its World Heritage sites, describing it as a “great urban sculpture set in a remarkable waterscape, at the tip of a peninsula projecting into Sydney Harbor.” The Sydney Opera House has become one of the most recognizable symbols of Australia, alongside the koala and the kangaroo.

In the late 50s, IBM founded a project to build the world’s fastest and most technically advanced supercomputer. The company intended the machine to be 100-200 times faster than any existing computer with an initial budget of $13.5 million. Project schedules and costs were significantly over-run, and the computer’s performance (30x current competitors) was far below its original objectives. IBM had to sell the nine pre-ordered IBM 7030 Stretch computers below cost. The project was considered a dismal failure internally and externally.

Often overlooked in determining a project’s success are the inventions and engineering breakthroughs during the project. The lessons learned from Stretch paved the way for the subsequent development of IBM’s System/360, which turned out to be a smashing success.[vii] Other technologies from Stretch – multiprogramming, pipelining, memory protection, memory interleaving, and the eight-bit byte – enabled IBM to dominate the computer industry in later decades. In 2008, IBM senior VP of Development and Manufacturing Rod Adkins remembered, “It’s a pretty good model of a highly ambitious program that, at the time, was considered having not met its objectives. But when you look at some of the things that came out of that effort and how it’s influenced the computer industry today, (Stretch) has had a profound, indirect, benefit to this industry.” [viii]

No matter how good the team or how efficient the methodology, if we’re not solving the right problem, the project fails.

The traditional scope, schedule, and budget measures are insufficient to judge a project’s success or failure, especially projects that extend for long periods and expend large amounts of funds and resources with consequences that can last decades. Lynda Bourne, with a Ph.D. in Project Management, built on the earlier work of Chris Sauer about the effect of stakeholder support for a project.[ix] She proposed that managing the needs and expectations of a project’s stakeholders must be included in a project’s evaluation. This new perspective is commonly referred to in PMO circles as “Benefits Management.” [x] Bourne proposes a valuation framework based on three “Pillars of Project Success,” a distillation of six influences on a project’s outcome.[xi]

The Importance of the Project Manager (PM)

While the factors necessary to achieve the desired outcome have changed, the importance of a skilled, competent project manager has increased. Bourne notes that today’s project manager must meld the tools and techniques of traditional project management with relationship management, i.e., the fusion of art and craft. She asserts, “…a project’s success or failure is strongly influenced by how well it meets its stakeholder’s expectations and their perceptions of its value. Stakeholder expectations and perceptions can be influenced by the capability and willingness of the project manager to engage effectively with the project’s stakeholders and manage organizational politics. “[xii]

Some business executives question the value of a PM, claiming they don’t really deliver anything and often get in the way of the team’s work. Plus, they add to a project budget, with senior PMs earning $97,452 on average in 2020.[xiii] A better question is, “What holds the team and client together, if not the project manager? Who is left to navigate the competing interests, the ups and downs, and the inevitable disappointments that occur during a project? According to Villanova University,[xiv] project managers know the science of project management, well-versed in the processes and techniques that are proven to work. PMs know how to mitigate risk, overcome obstacles, and solve problems to achieve predictable results, rather than a hit-or-miss approach. Experienced project managers know that the right answers to the wrong questions can affect a project just as much as the wrong answer to the right question.

The international consulting firm Bain & Company projected in 2017 that most work would be project-based by 2027, with Agile teams being the dominant organizational unit. Forbes magazine in 2019 noted that projects are becoming more complex and interconnected, with PMs needing to collaborate with broader groups of stakeholders. Consequently, project managers must be masters of influence and soft skills because projects have more stakeholders affected by the completed project.

Successful companies must continuously adapt to the changing ecosystem, necessitating a constant cycle of projects to exploit new technologies, eliminate inefficiency, and better align their products and services to their targeted customers. Multiple research studies confirm that the skill and experience of the PM are directly correlated to the success or failure of each project. Project management excellence is no longer a competitive advantage but a competitive requirement.

[i] Gray, N. and Hall, K. Lessons from the Awkward Life and Death of the Segway. Bloomberg CityLab. (July 15, 2020) Access through https://www.bloomberg.com/news/articles/2020-07-15/rip-segway-the-dorky-grandfather-of-micromobility

[xiv] Staff. (2019) The Value of Having a Project Manager. Villanova University. (March 14, 2019) Access through https://www.villanovau.com/resources/project-management/the-value-of-having-a-project-manager/